My road to Panama began in the West End of Atlanta in the 80s. For years, a dozen of us often talked well into the night about our desire to leave America, and I’m happy to report many of us have done so. Some of us went to Belize or Ghana, and many to Panama.

I want to begin by clarifying what Panama is and where it is located. People have called me when hurricanes hit Panama City, Florida, or an earthquake rattles Nicaragua.

The Republic of Panama is in Central America. It is located between Costa Rica and Colombia, and it is an Isthmus (NOT an island). An Isthmus is a narrow strip of land that forms a link between two larger areas of land and separates two bodies of water. Panama is shaped like an ‘S’ on its side and is about the size of South Carolina.

Our first visit set the tone for our comfort level and enjoyment of Panama. On that first trip, we spent most of our week in the Interior, outside of Panama City. In the Interior, you discover and enjoy the ‘real’ Panama.

Ethnically, Panama is approximately 40% Indigenous people, 32% Afro-Panamanian, and 27% White. Panamanians of African descent fall into two categories. The Afro-Panamanians were brought here as enslaved people during the colonial period from Guinea, Cameroon, the Congo Basin, and Angola. And West Indian immigrant descendants Afro-Antilleans are the descendants of those from Barbados, Jamaica, Trinidad, Haiti, Belize, and Dominica who worked on the canal.
​
The contributions of African descendants are reflected in the culture of Panama through language, and art, especially music. African percussion mixed with Latin beats historically and the more contemporary Reggeaton. Afro-Panamanians are spread out across the country. But there are areas of concentration like Colon Province, Bocas del Toro (close to the Costa Rican border), Parque Lefevre, and Rio Abajo in Panama City. May is Etnia Month, equivalent to Black History Month but with 31 days! 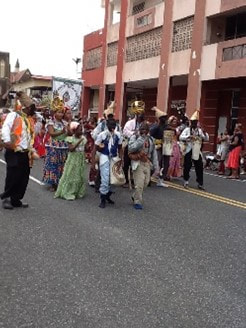 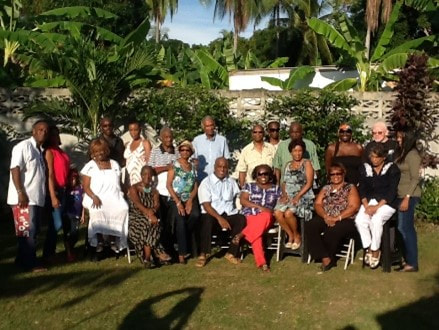 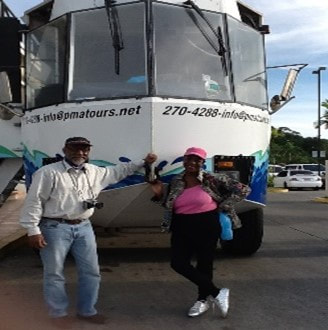 There are parades and festivals in Colon and other Black areas. The stores sell African fabrics, clothing, and accessories. During Carnaval season in February, SAMAAP ( The Society of African Antillean People) holds a huge Feria (fair) at the Convention Center in Panama City. It features 2 days of bands, dance groups, singers, and Miss Panamas from Los Angeles, Brooklyn, and Miami.
​
In recent years, Black Expat groups host, tours and cultural events. Last year, for example, Black Expats In Panama held a Juneteenth event at a Black-owned Caribbean restaurant in Panama City. Black Expats also get together for U.S. Thanksgiving and other holidays, Kwanzaa, Malcolm X Day, and any other excuse for getting together. I love living in Panama and have no regrets about leaving the U.S.

That said, here are my top 10 reasons Panama is an excellent place for Black folks to move to or at least visit.

1 One of the best retirement destinations in the world.
The pensionado program (Law since 1986) is one of the main attractions for retirees looking to live in a country that has it all.

The benefit is valid for every Panamanian and foreign resident woman (55 years old) and man (60 years old) in the country. The retired person (Jubilado) can enjoy discounts on entertainment, tourism, restaurants, public services, airfare, hotels, medical expenses, etc.
Living in Panama presents economic advantages unsurpassed by other countries and the world.

2 The Digital Nomad Visa
The Digital Nomad Visa was instituted in 2021. For those not ready to retire, this new Panama Visa allows you to work remotely in Panama for 9 months with a 9-month optional renewal. Black folks are coming from everywhere to enjoy this unique benefit.

3 Live Well for less.
In Panama, the cost of living is affordable. In some parts of the country, a couple can live well on as little as $1600, including rent or mortgage, and singles can live on much less. Try doing this in the good old U.S. of A!

There are parts of Panama where one can live on $1000 a month. Places where you’ll find few cons but plenty of pros from fantastic views to friendly locals. You feel miles away from the world of chaos and confusion. Places where you can live a good life. The country is so tiny that you’re never too far from a city (or the ocean), but you feel like you are a world away.
​
There are also upscale areas where life isn’t about roughing it, and you live a tropical lifestyle. You’ll find Panamanians and expats from around the world who came in search of a comfortable, convenient environment. Panama has it all, and the choice is entirely yours. 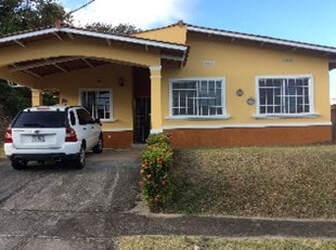 ​Choose one of Panama’s trendiest areas or retire to your dream home in the lush green countryside. No matter where in the country you go, you are likely to find your cost of living goes down (not to mention your blood pressure) without much effort.

Though apartments in Panama City rent for $800-$1500 a month, there are locations where savvy expats have discovered they can rent for $400 to $600 a month. Countrywide, utility bills are low. You can buy hundreds of minutes for your cell phone for $10. Panama beers cost about $.50 at upscale supermarkets that sell every brand you remember from back home, plus all the inexpensive regional ones.

No matter your taste or budget, you’ll find that Panama offers quality comfort and convenience.


4 Great Tropical Climate
In Panama, you’ll see the sun nearly every day. At sea level, temperatures range from mid 70sF to the high 80s. And there are no hurricanes here…ever! The weather in Panama is exceptional. There are two main seasons, the dry season and the rainy season. Panama is far from “Hurricane Alley”; thus, the probability of a climatic catastrophe, apart from heavy thunderstorms, is very low.

The weather in Panama is one of its biggest attractions. It is tropical: it is hot throughout the year, mainly in coastal areas and the lower parts of the country. It is slightly cooler in high elevations. The rainy season is between June and November. But, the rainy season builds as the year progresses and peaks in November. Many people like the rainy season because it’s a bit cooler and lushly green! The average temperature in Panama is around 79 degrees F all year long.

5 Rich Afro-Panamanian Culture
Afro Panamanians make up about 1/3 of the Panama population. It is comprised of two groups. Afro-Panamanians were brought as enslaved people during the colonial period. Afro-Antilleans are West Indian immigrant descendants from Barbados, Jamaica, Trinidad, Haiti, Belize, and Dominica who worked on the canal.

The contributions of African descendants are reflected in the culture of Panama through language, and art, especially music. Traditional Panamanian folk music clearly shows strong African rhythmic influences. Panama’s popular dance music also shows African influence. African percussion mixed with Latin beats historically and the more contemporary Reggeaton.
​
They are strongly represented in the Annual Carnaval and during May, Etnia Month, there are parades, dances, fairs as well as symposiums on Afro-Panamanian issues. 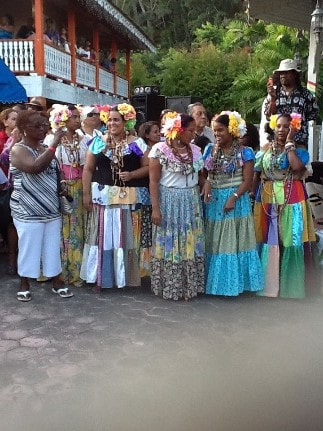 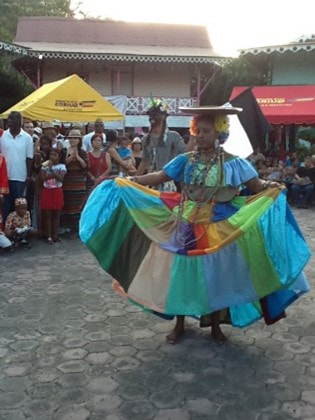 ​6 Easy to meet people and make friends
Expats have adopted Panama as their own, and it is common to find them in many areas of the city, spending time with friends. There are expat meetup groups of all kinds, and they also organize different groups and plan activities for the community.  I’ve found that simply speaking English in the grocery store is a great way to meet folks. You hear someone speaking English and approach them. Oddly enough, this is the way many of us meet.

The Panamanian people are friendly and helpful. Music festivals, cultural, gastronomical, and social gatherings are some of the activities connecting Panama to the world through foreigners who have chosen the country as their residence.

7 Political and Economic Stability
Since the U.S. relinquished the Panama Canal in 1999, the country has grown constantly, with the best GDP per capita in Latin America.
The recipe? A privileged geographical position, a U.S. dollarized economy (since 1903), several decades of continuous political stability, a welcoming environment for foreign companies and investors, a first-class logistics platform, and of course: the Panama Canal.
Politically, despite being in the minority, ‘White’ folks are definitely in charge, and they hold ALL significant government positions.

8 Modern Infrastructure
The infrastructure in Panama City and surrounding areas is excellent. Things generally work. The Internet, Cable T.V., and phone service are nearly as reliable as you’d want them to be. Several providers offer 5G service.
Panama boasts Central America’s first Metro system. It currently has two fully functional lines, and the 3rd is rapidly being constructed. 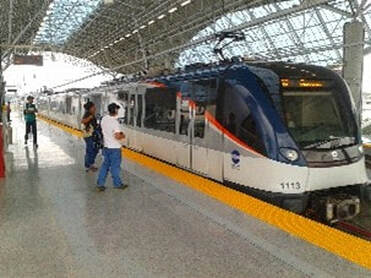 The roads are rapidly being expanded, and the Pan-American Highway, the main highway, goes across the country. Off the highway, roads are less than optimal but improving.
The water quality is good as the U.S. constructed the filtration to support its installations and military communities.

9 World-class Travel Hub
With the inauguration of the second Terminal in the Tocumen Airport, Panama became the highest connected point in the region.
Over 29 commercial airlines operate in the country, with over 400 daily flights to 39 countries in America, Europe, and Asia. More than 16 million people pass through Tocumen Airport daily.
Tocumen has been recognized as the medium-sized airport with the best punctuality worldwide (approximately 93%). The airline that bears the country’s flag, COPA, is recognized as the most punctual airline globally.

10 There is something for everyone
Panama has Cities, Mountains, Rainforests, Beaches, and more. Despite its small size, it’s one of the most diverse countries you’ll find. The incredibly long coastlines—Pacific and Caribbean—offer endless opportunities for waterside living, fishing, scuba diving, surfing, and more. Mountain hamlets like Boquete and El Valle boast cooler climes than you’d expect this far south of the border. There are rural areas for farm-loving types, tropical rainforests everywhere you look, and hundreds of islands adrift in bright blue waters. 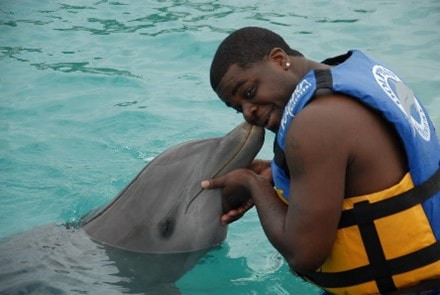 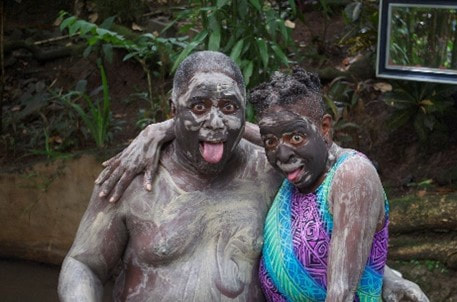 Though tourism is growing by leaps and bounds, Panama has long been a business destination. Panamanians are accustomed to foreigners—and have been since the Panama Canal was completed in 1914. Panama is a land of opportunity in some ways, and locals who strive to advance can go far.
​
Panama’s prosperity is astounding to those arriving anticipating Third-World conditions. Panama boasts an ever-changing skyline reminiscent of Hong Kong, a growing banking and business sector, and many cultural and entertainment options. Locals and people from all walks of life drive new cars and use smartphones, and malls and shopping plazas are full every day.